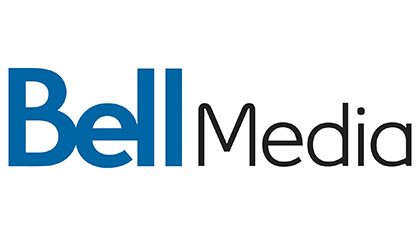 The latest from Bell Media

CTV medical drama Transplant has topped the ratings at home in Canada and is now scoring success for NBC in the US. Bell Media president of content and programming Mike Cosentino explains the show is part of a much bigger story for the company.

Canadian medical drama Transplant is notable for a number of reasons. First and foremost, its central protagonist is a Syrian doctor who flees his war-torn homeland to build a new life in Toronto, played by Hamza Haq.

Second, having debuted on CTV in February just before the coronavirus pandemic hit, the 13-parter became the number one new show in Canada and was among a flurry of pick-ups from US networks facing content supply squeezes as a result of the global production shutdown.

The series, made by Sphère Média Plus in association with CTV and NBCUniversal International Studios, was picked up by NBC in June, while at the same time being renewed. It debuted in the US in September to impressive ratings, following in the tradition of titles like ER, Chicago Med and New Amsterdam.

“We were on the hunt for a medical drama with a twist. Transplant was a perfect fit,” says Mike Cosentino, president of content and programming at CTV parent Bell Media. “I’m really happy to see how well it’s doing.”

“Our strategy now is to greenlight programming one of three ways: either with a view to take production or international distribution; to take distribution and sell rights to a sales agent; or to participate in the back-end with respect to international sales.”

Transplant falls into the latter category, he says, with NBCUniversal Global Distribution handling worldwide sales and Bell Media receiving a slice of the upside. The show is a major cause for celebration following six grim months for the entire world as a result of Covid-19.

“Certainly, Canada was not immune to the impact,” says Cosentino. He notes the paradox Bell Media and the rest of the industry experienced at the start of the crisis, with advertising “falling off a cliff set against an audience surge as millions stayed home.”

“We really focussed on our news delivery, on our production to the extent that we could continue, and as we looked at our summer schedule, we strategically withheld several titles that were in the can so we could have certainty of content in the fall,” he says.

“So here we are in September on the cusp of a new season. We’ve got a front-loaded fall schedule that features a lot of unscripted and reality programming, along with some scripted content that will unfold late October, early November.

“We’re hoping production continues both here in Canada and in Hollywood, that the content pipeline ramps back up and we don’t see any real interruption. We’re cautiously optimistic. Advertising is picking back up. We’re having significant improvement month-over-month.”

While Cosentino talks of Bell Media being “on our way to a recovery,” this upward trajectory, he adds, is contingent on the wider economy and the pandemic being kept in check, just as restrictions begin to tighten in the territory and elsewhere around the world. One immediate challenge that remains is production insurance.

“The good news is that for most series that were in production pre-pandemic, typically insurance policies would have covered a pandemic-like episode,” he explains. “But since the pandemic arrived, getting incrementally new production off the ground is challenging because here in Canada, we haven’t solved the insurance issue that so many producers and broadcasters are facing, so we’re working through that.”

As noted, in such circumstances unscripted has come to the fore, requiring smaller crews and in some cases shot in remote outdoor locations where social distancing proves less problematic. New series Holmes Family Effect and Mud Mountain are two such programmes.

The first, for the flagship CTV network, is the latest in a franchise fronted by Canadian renovation expert Mike Holmes, which was forced to halt production due to the pandemic but able to resume and finishing shooting in Vancouver recently.

The second, from Great Pacific Media, the same company behind hit Discovery reality series Highway Thru Hell (now into its ninth season), is destined for the same network and is currently wrapping up production in the interior of British Columbia.

“We anticipate post-production gets completed just before the New Year and so that should be available for worldwide telecast in the first quarter of 2021,” says Cosentino. “That’s an example of how producers can work with a very remote footprint and skeleton staff to deliver the show without any real impact with respect to the pandemic.”

Both Mud Mountain and Holmes Family Effect are part of the effort to build the Bell Media brand outside Canada. “I’m hopeful we’ll have a major broadcaster on board for the Holmes Family Effect south of the border. We are having discussions and I’m confident that in the next four to six weeks we will land a deal.”

The success of Transplant, promising conversations around other new shows such as half-hour comedy Children Ruin Everything, plus prior successes such as Hulu picking up inaugural Crave original comedy Letterkenny, are examples of how Canadian content can thrive outside the territory, says Cosentino. He teases a deal with an unnamed global streamer for CTV comedy series Jann is also on the horizon, with the second season having debuted on Sept. 21.

Such deal-making discussions have certainly accelerated as a result of the pandemic, he observes, and VoD services that have seen a spike in usage among stay-at-home audiences, plus new ones entering the market, have increased competition.

WarnerMedia’s HBO Max and NBCUniversal’s Peacock have both entered the fray during the past six months, following Disney+ amid a move among the US majors to reign back rights to homegrown product from the likes of Netflix and Amazon in favour of powering their own platforms. As a major acquirer of US programming, are such moves at all concerning to Cosentino?

“Access to premium content is something we’ve been tracking in terms of the evolution of some of the studios moving into streaming and so we’ve been very careful to monitor our ability to stay successful,” he says.

“Peacock’s not in Canada,” he points out. “HBO Max is our partner,” he adds, noting the long-term pact Bell Media signed with WarnerMedia in October last year to secure content from the service for its own Crave SVoD offering as well as CTV. ViacomCBS’s Showtime and Lionsgate’s Starz are also partners, plus the aforementioned Discovery.

“We have exceptional partnerships in Hollywood and abroad. We’ve got partnerships with every major studio and all of the indies and so we’re working hard to continue to share that pipeline with our audiences,” says Cosentino. “It’s a dynamic situation but I think we’re in a great position.”

The company is, however, putting greater investment into producing through Bell Media Studios – a strategy already in place pre-pandemic and pre-US streamer proliferation – but again, these trends have accelerated such ambitions, as well as the emphasis on in-house streamer Crave.

“Crave is a great opportunity for us to continue to deliver premium content despite the shutdown, as the pipeline is a bit more robust,” says Cosentino. “That’s a great story for us.”

Once Were Brothers: Robbie Robertson and The Band – a Bell Media Studios feature documentary about the famed Canadian singer – debuted on the service in April, produced together with White Pine Pictures, Imagine Documentaries and Universal Music.

With appearances from artists including Bruce Springsteen, Eric Clapton, Van Morrison, Martin Scorsese, the movie was the opening night premiere at the Toronto International Film Festival 12 months ago.

This year, Crave original Inconvenient Indian – Michelle Latimer’s documentary examining the ongoing colonization of Indigenous peoples in North America – topped the bill at what was a rather different affair, as TIFF and others such as Content Canada move online amid the pandemic. Cosentino remains upbeat about these shifts, however.

“The way that the industry has been able to pivot to virtual festivals, virtual and remote production, virtual conferences such as what’s happening with C21, I think that’s evidence of just how connected we are and how we can leverage technology,” he says.

“We still need to move our business forward and the conversations that started – all the plans that were happening prior to the pandemic and the shutdowns – shouldn’t end, because technology allows us to get together. I think it’s great that we can participate virtually, and I wonder whether we’ll make some gains that wouldn’t have been seen, now that we’re forced to be in this position.”

Such developments were once inconceivable, but then so too would have been the notion of a refugee Syrian medic topping the ratings on two leading North American broadcast networks.