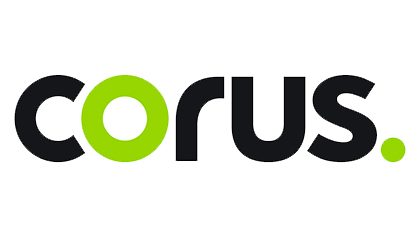 
The latest from Corus Studios

Corus Studios ever-expanding slate of owned content has proven to resonate globally in 2020. We recently announced 19 new and returning series including renewed seasons of the hit series Island of Bryan and Rust Valley Restorers as well as brand new originals Project Bakeover and Cheese: A Love Story, to name a few.

We’ve seen incredible year-over-year gains in revenue with international sales – recently, over 85 hours of six series sold to HGTV and Food Network in the U.S. Ratings of our series that have aired internationally show that our family-friendly, light-hearted series connect with audiences around the globe, made even more valuable in today’s climate as viewers are looking to sit back and relax with feel-good television.

In the past few months, at the height of COVID-19, Corus Studios has become a go-to content studio for networks internationally looking for new shows. We’ve seen our series break out most recently in the U.S. with Island of Bryan (retitled Renovation Island for the market) which has attracted more than 22 million viewers in its 11-week run in that market and is HGTV Canada’s most-watched series in a decade.

Our food series have also landed successfully in the U.S. on Food Network with the premieres of The Big Bake and Fire Masters, and two seasons of unscripted original series Rust Valley Restorers has also been acquired by Netflix internationally. These successes are a testament to our development slate, and our continued expansion, reflecting Corus Studios’ deep understanding on how to build stars and find content that connects to the always changing interests of audiences worldwide. 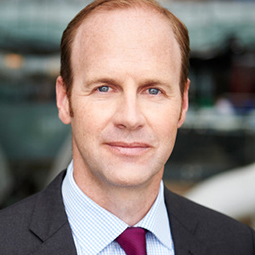 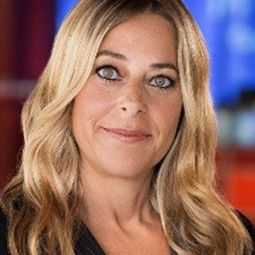 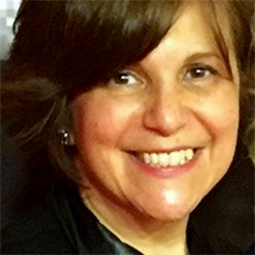 Rock Solid Builds View more from Corus Entertainment
Located on the easternmost part of North America – Newfoundland, Rock Solid Builds takes viewers on a construction journey like no other. The series follows Randy Spracklin, a third-generation builder who now runs the family business. Working year-round Randy and his crew battle the harsh weather, rugged terrain, and unpredictable challenges in order to get the job done. Both construction and life on ‘The Rock’ has a unique style and charm - showcasing stunnin... MORE
Cheese: A Love Story View more from Corus Entertainment
Cheese: A Love Story is an exploration and celebration of one of the world’s most beloved foods through the lens of an extreme cheese lover – a cheesy champion on a journey to uncover why this magical food brings so much pleasure to so many around the globe. Host Afrim Pristine, the world’s youngest Maître Fromager (cheese master), hits the road in search of the most fascinating cheese-centric adventures, digging into the characters, cheesemakers and chefs be... MORE
Island of Bryan View more from Corus Entertainment
After 15 years of building a construction empire, Bryan and Sarah Baeumler take their four school-aged children and leave the rat race behind to embark on an unforgettable family adventure: buying and renovating a run-down beachfront resort in the Bahamas. Island of Bryan tells the story of this massive undertaking, from demolition through to completion and the operation of the Baeumlers' luxury, boutique hotel, the Caerula Mar Club. But is paradise really all it’... MORE
Project Bakeover View more from Corus Entertainment
In Project Bakeover, renowned pastry chef, chocolatier and entrepreneur Steve Hodge throws a lifeline to struggling baker business. Using his extraordinary baking skills and business acumen, Steve reinvigorates and inspires the bakery owners in need while style guru Tiffany Pratt reimagines the tired, uninspired spaces. Together they get these business turned around and back on track. MORE
Family Home Overhaul View more from Corus Entertainment
Family Home Overhaul is a heartwarming, emotion stirring renovation series that celebrates the joy of paying it forward. In each stand-alone episode, we meet a deserving family, who are known to always put others before themselves - despite their own personal struggles and challenges. It is because of this, their community nominates the family to receive a life-changing renovation that will transform their lives as well as their home. While the family is sent away o... MORE
Scott’s Vacation House Rules View more from Corus Entertainment
Does owning a dream vacation property seem out of reach? Real estate expert and contractor Scott McGillivray offers the ultimate road map to renovation and rental success in Scott’s Vacation House Rules. With years of smart real estate investing and renovation experience, Scott will unlock the rental potential of even the most uninspired properties. Finding and transforming tired, dated and rundown spaces into unique and buzz-worthy parcels of paradise, Scott’s ... MORE
Farmhouse Facelift View more from Corus Entertainment
No one knows more about farmhouse living than renovation experts and siblings Bill Pearson and Carolyn Wilbrink. Billy (the craftsman contractor) and Carolyn (the designer) grew up on their family farm and know how to make the most of a rustic, rural lifestyle. Now, they’re using their construction and design expertise to restore homes for clients, one farmhouse at a time. With Carolyn’s gorgeous designs and Bill’s custom craftsmanship, this brother and sister... MORE
Big Timber View more from Corus Entertainment
Big Timber follows the dangerous work of logger and sawmill owner Kevin Wenstob as he and his crew go to extremes to keep the family sawmill, and their way of life, alive. Kevin’s logging a remote mountainous timber claim, deep in the majestic heart of Vancouver Island. It’s home to some of the best wood in the world and Kevin’s making a big bet to get it. His goal is to get 200 truckloads off before winter shuts him down, but the mountain won’t give it up w... MORE
Backroad Truckers View more from Corus Entertainment
In the dangerous backroads of Canada’s remote interior lives a special breed of independent truckers - hotshotters - who will haul anything, anywhere, at any time. Big Donny Kleinfelder is king and he commands a ragtag crew of drivers who are rough around the edges, but experts at navigating treacherous backroads to reach the remote businesses that urgently need their cargo. But Big Donny’s empire is under threat from Dave Schwandt, a scrappy local salvage deale... MORE
The Big Bake View more from Corus Entertainment
The Big Bake is a larger-than-life holiday baking competition series with themed Halloween, holiday and spring episodes. In each special self-contained episode, three professional baking teams have five hours to design, bake and decorate a grand-scale holiday-inspired cake based on a particular theme. These bakers need to go big, or they’ll go home – blowing up their designs to gigantic proportions and thinking outside the (bakery) box for their holiday-themed c... MORE
Wall of Chefs View more from Corus Entertainment
Wall of Chefs tests the skill and nerves of some of the best home cooks as they battle in the Wall of Chefs kitchen, under the towering shadow of the country’s best chefs known as “The Wall”. In each episode, four home cooks will enter the Wall of Chefs kitchen to face-off in three intense rounds of culinary challenges. MORE
Great Chocolate Showdown View more from Corus Entertainment
Great Chocolate Showdown is an ooey-gooey, decadent chocolate dessert competition series where 10 home bakers go head-to-head in the indulgent world of chocolate, vying for the grand prize in a range of creative and exciting chocolate-based challenges. In order to survive the competition from week-to-week and avoid elimination, the chocaholic dessert-makers must dazzle our panel of world-renowned chocolatiers and food expert judges with their delicious, inventive cr... MORE
×